Ghislaine Maxwell (DOB: 12/25/1961) is a British socialite best known for her association with convicted sex offender Jeffrey Epstein.  Maxwell was arrested by the FBI on July 2, 2020 on charges that she lured and groomed girls as young as 14 years old for illegal sexual activity.  Federal prosecutors claimed that she procured girls for Epstein and that she also participated in the sexual abuse of those girls. 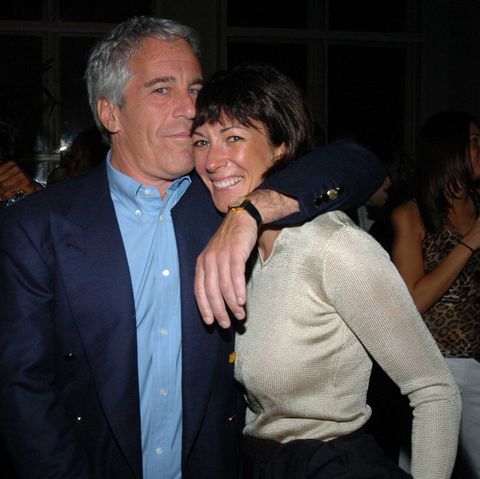 Jeffrey Epstein had called Maxwell his “main girlfriend” and it is said by friends of hers that she had access to documents and videos belonging to Epstein.  After Epstein’s death while he was imprisoned in New York City last year, authorities vowed to pursue his associates and Maxwell took a low profile.  (For more information on Jeffrey Epstein’s’ death in prison, see our blog below on 09/12/2019.)

Maxwell had not been seen in public since August of 2019.  She was found and arrested at an isolated luxury home in New Hampshire woods on July 2, 2020.  More than 20 armed agents and police are said to have participated in the arrest before 6:30 am.  Maxwell was transferred from New Hampshire, and then from the Metropolitan Detention Center of New York, and is currently being held at a federal detention center in Brooklyn.  Maxwell, 58, faces six charges including conspiracy to entice minors to travel to engage in sexual acts, enticement of a minor to travel to engage in illegal sexual acts, conspiracy to transport minors with intent to engage in criminal sexual activity, transportation of a minor with intent to engage in criminal sexual activity, and perjury, from 1994 through 1997.  If convicted of these charges, Maxwell could face up to 35 years in prison. She has repeatedly denied any wrongdoing.

FBI Briefing on the Arrest of Ghislaine Maxwell by Audrey Strauss, Acting United States Attorney for the Southern District of New York, and William Sweeney, Assistant Director in Charge of the FBI Field Office.

Maxwell has described herself as managing Epstein’s many properties across the United States and she has denied any knowledge of Epstein’s illegal and abusive activities.  However, she has been named by many of Epstein’s victims as procuring, training and trafficking underage girls for Epstein, and of abusing the young women, as well.  There are photos of her aboard Epstein’s private plane nicknamed the Lolita Express, which ferried politicians and Hollywood elite to Epstein’s private island, Little St. James, where it is said minor girls were kept and trafficked to Epstein’s powerful associates.  Maxwell has denied the allegations of procurement and abuse, but she lost a defamation lawsuit brought against her by one of Epstein’s victims whom she had accused of lying about her.

Steps are being taken to prevent the possibility of Maxwell’s suicide, including the use of “paper clothing” a cellmate, and overseeing her cell.